Living an Inspiring Life ~ Ahead of Her Time 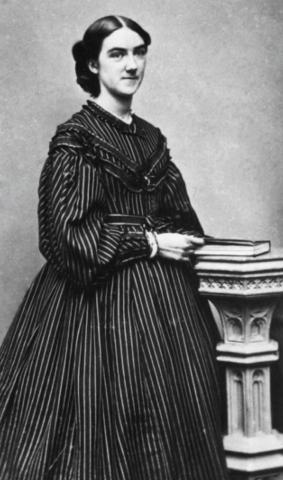 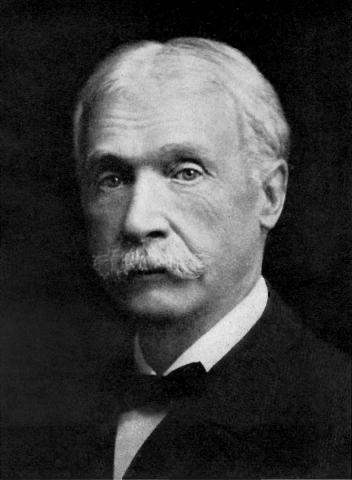 AIME’s first female member, Ellen Henrietta Swallow, was born in Dunstable, Massachusetts in 1842 and grew up there on the family farm. When she was a young woman, her family moved to Westford, MA, where Ellen attended the Westford Academy. She spent the next few years working as a teacher until she entered Vassar College in 1868. Upon graduating from Vassar in 1870, Swallow was accepted as MIT's first female student, where she continued her work in chemistry.

Ellen received a BS in Chemistry from MIT in 1873 and took a position as an assistant in the chemistry lab there after graduation.  In 1875, she married Robert Hallowell Richards (AIME Richards Award namesake), a Professor of Mining at MIT and, later, President of AIME in 1886.

In 1876, MIT opened a new lab, in which Ellen became an instructor, becoming the first female faculty at MIT. She dedicated the lab to “sanitary chemistry,” resulting in many scientific advancements, including the first scientific study of water pollution and the development of the nation’s first water quality standards.  Her work in this field later came to be called ecology. 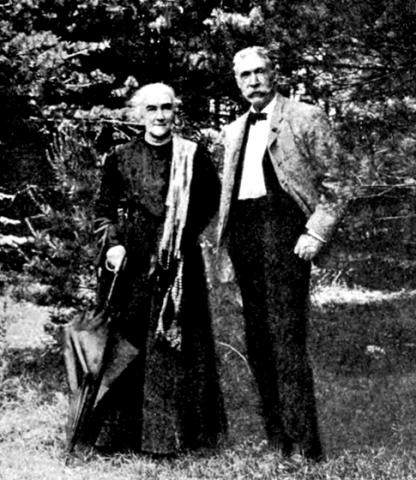 Fellow of the American Association for Advancement of Science

Richards also worked extensively with her husband, focusing on the chemistry of ore analysis and had a huge impact on extractive metallurgy.  She often accompanied her husband on field studies to mining sites.  In 1877, she published a paper on methods for determining nickel concentrations in pyrrhotite leading to her recognition as a Fellow of the American Association for Advancement of Science and kick-starting the nickel industry boom in Ontario, Canada.

In 1879, without fanfare, Ellen Henrietta Swallow Richards became the first woman elected to AIME membership, an unusual occurrence at the time.

Co-Founder of the American Association of University Women

In 1882, she co-founded the American Association of University Women.

Another of Richards’s great achievements was the initiation of the home economics movement, with the goal of bringing science into the home for the betterment of families.  She published 17 books on home economics and championed many public health issues, including school hygiene, school lunch programs, and nutrition programs. She led 3 exhibitions on home economics at world fairs and became the first President of the Home Economics Association, which was created in 1908.  In 1910, she received a PhD from Smith College.

Ellen Swallow Richards: The Most Influential Scientist You Probably Never Heard Of (Until Now). 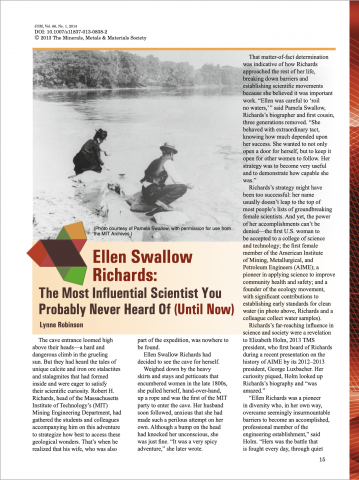 The First TMS Summit on Creating and Sustaining Diversity in the Minerals, Metals, and Materials Professions

Find out how AIME and its Member Societies are celebrating 150 years of supporting and promoting over 200,000 members and students worldwide