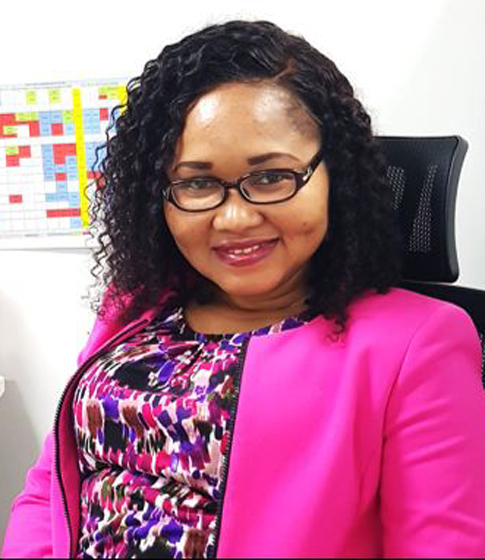 Stella Eyitayo is a seasoned, experienced and certified Petroleum Reservoir Engineer. She has spent the past ten years working with individuals and companies with specialties in Reservoir Engineering, Reserves/resources estimation and reporting, Production technology and Project Economics Evaluations. She spent most of her career with FIRST E&P - which is one of the most-respected independent oil and gas operators in Nigeria – where they acquired 4 new oil blocks. She made high-impact contributions to the business, culminating in FIRST E&P’s successfully reaching its First-oil milestone and currently at about 40kbopd production.

With a sound academic background in both chemical engineering and petroleum engineering, Stella had consistently finished with distinction/first class honor during her National diploma, Bachelor’s and Master’s days at the Lagos state polytechnic, University of Lagos and IPS, University of Port-Harcourt/IFP school affiliates respectively.

She has delivered critically acclaimed research output in diverse areas of petroleum engineering, which include reservoir engineering, drilling and production technology and has authored / co-authored over 18 publications in reputable journals and refereed conferences over the last five years.

In recognition of Stella’s networking and leadership skills, she has served as Vice president, University of Lagos, SPE student chapter (2009) and Assistant Membership Chair on the Board of the SPE, Lagos Section (2021). She volunteered for several SPE programs, raised funds/items for charitable organization such Lagos state hospice, little saint orphanage and mentored both undergraduate and young professionals in the oil & gas industry.

Stella is married to Eyitayo Mumuney and has two children- Aliza and Asher Eyitayo- whom she affirmed to be her support system through her academic and professional journey. Currently, she is a Teaching Assistant at the Texas Tech university studying Petroleum Engineering at PhD levels.