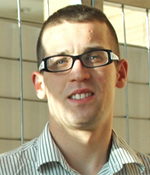 Klemens is a research assistant and PhD candidate in Petroleum Engineering (within Earth Science & Engineering program) at King Abdullah University of Science & Technology (founded by Saudi Aramco) focusing on Multi-Data reservoir history matching utilizing ensemble Kalman-based techniques. His work has been presented at several conferences amongst others at the IPTC 2014 and the OTC Asia 2014 and in an invited talk at the Petroleum Engineering Department at Texas A&M. Klemens has come 2nd place in the IPTC YP Poster competition in 2014, 2nd place in the graduate division at the Middle East & South Asia Student Paper Contest 2013 and 2014. As the president of the SPE KAUST Student Chapter he has led chapter to qualify for the PetroBowl 2013 and 2014, as well as led the SPE KAUST Student Chapter to become an outstanding student chapter of the year 2014, the first time in the history of Saudi Arabia.