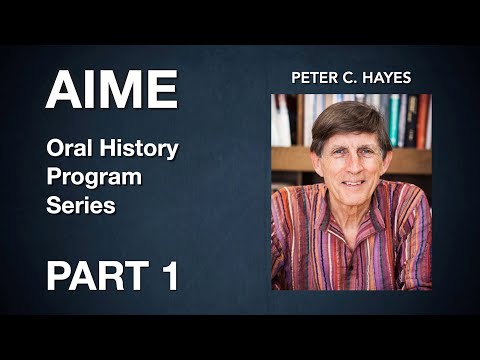 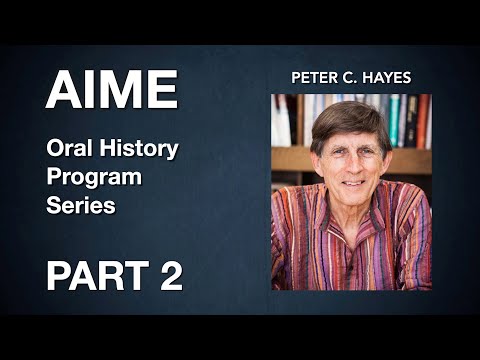 With a family history in the mining industry and the influence from the book Metals in the Service of Man, Peter Hayes was inspired to study metallurgy and embark on his accomplished career at the University of Queensland, Australia. Born in England, Hayes completed his studies there, following his inspirational professor to the University of Strathclyde to become his first Ph.D. student. Hayes pursued his career in Australia after meeting his wife and began his career as a lecturer in ceramics at the University of Queensland. Hayes transitioned to teaching extractive metallurgy, he went on to write a textbook on this topic, structuring it through his learning experience on the material. Since its publication, this profound text has been successful as it adopts the viewpoint of a learner. Haye's technical contributions to metallurgy have impacted the everyday routine of developing technologies. Through his collaboration with Arthur Pelton, one of the developers of FactSage, he helped develop thermodynamic models used regularly by industry, and together they formed the first lead-zinc database. Among his technical accomplishments, Hayes founded the PYROSEARCH Centre at the University of Queensland through his ambitious research developing the first phase diagram for lead zinc smelting slag. Hayes is focused on promoting the new era of metallurgical engineering to students. Hayes emphasizes the importance of the developing field and becoming a metallurgist, or “guardian of the elements,” to supporting our society’s technological advancements.