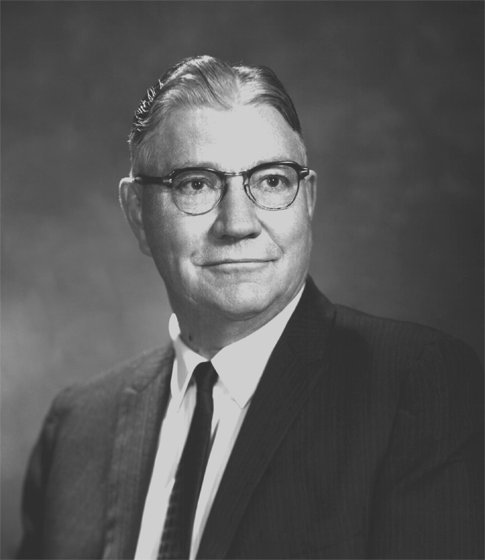 "For an outstanding contribution to the mineral resources of the Nation through his perception and able leadership in the successful development of the San Manuel copper deposit."

Wesley P. Goss is general manager and president of the Magma Copper Co. in Superior, Arizona. He was transferred to Superior in 1944 to acquire and develop the San Manuel copper deposits for Magma. Current production is approximately 40,000 tons of ore per day.

A graduate of the University of California, Goss joined the United Verde Copper Co. after graduation, and worked in Jerome, Ariz., until 1935. For two years he work~d as· general superintendent of the Park City Consolidated Mines Co. in Utah, and then moved to South Africa, where he reopened, developed and brought into production the Nababeep mine of the O'Okiep Copper Co.