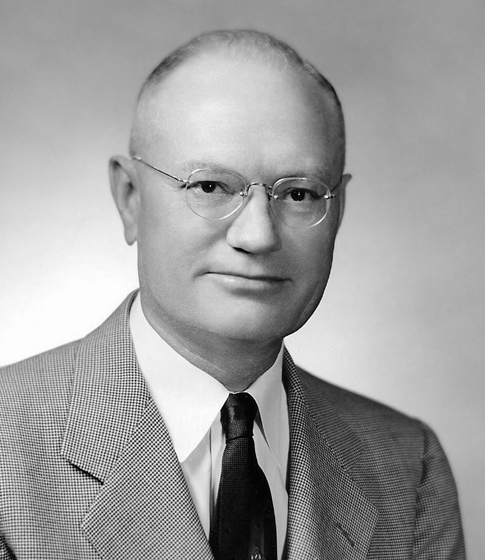 "For his discerning perception of orebody geometry in planning open.pit development of previously submarginal mineral deposits, and his outstanding administrative skill in highly efficient management of several large copper mines."

Walter C. Lawson graduated from the Michigan School of Mines in 1923. Following that, until 1925, he was an instructor in the Engineering College of the University of Minnesota. Active mining then won over any other profession and he joined the New Cornelia Branch of Phelps Dodge Corporation (then the Calumet & Arizona Mining Co.) as Engineer.

From 1937 to 1941, he was Chief Engineer of the Morenci Branch, becoming General Superintendent until 1948 when he was appointed Manager of the New Cornelia Branch. Mr. Lawson was transferred to Douglas, Arizona, to serve as Assistant General Manager of Phelps Dodge. Soon after, he became General Manager.