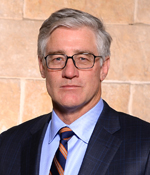 Recognizing exceptional leadership by positioning Hecla Mining Company with the highest silver reserves in its 125 year history and your significant contributions to the mining industry.

Phillips S. Baker, Jr. has been Hecla Mining Company’s Chief Executive Officer since May 2003 and has been a member of the Board since 2001. He has almost three decades of experience as an executive of mining companies. During Mr. Baker’s tenure at Hecla, production and cash flow has grown focusing on four high-quality operations: Alaska’s Greens Creek, the largest silver mine the U.S.; Idaho’s Lucky Friday, the oldest silver mine in the U.S.; Casa Berardi, a Quebec underground gold mine whose operations are expanding to surface; and in Durango Mexico, the newly reopened San Sebastian. In addition to serving on the Board of Hecla, Mr. Baker serves on the board of the National Mining Association and QEP Resources and several other trade associations.