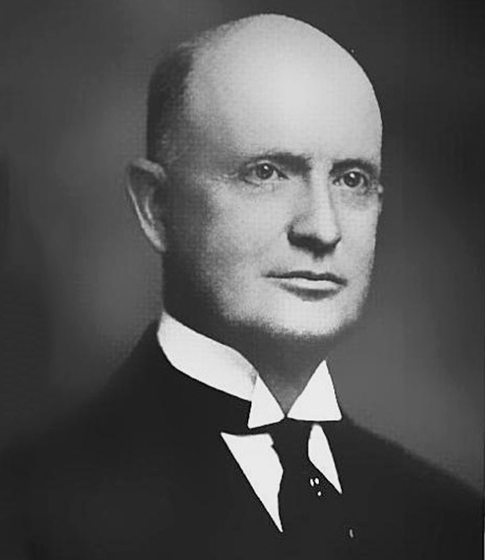 Son of a Pennsylvania coal miner, Erskine Ramsay, as a youth, worked for as little a $2 per month, became a millionaire in his early forties, and then devoted the rest of his life and a considerable portion of his fortune to several philanthropic and educational Institutions.

Though Ramsay was only 19 when he graduated from St Vincent's College, Pa., he was Immediately hired as superintendent of the H.C. Frick Coke Co.'s Monastery mines; a year later, he became mine superintendent of both the Morewood Coke Co. and the South West Coal & Coke Co. His career was meteoric: by the time he was 23, he was general superintendent of the huge Pratt mines of Tennessee Coal, Iron & Railroad Co., and within the next few years rose to chief engineer and vice president of that company.

Erskine Ramsay's best-known invention, the shaking screen process,· was never patented, but he patented 40 other devices used in coal mining and coke production. With the royalties from his patents, he formed his own company, the Ramsay-McCormack Land Co., and attracted many industries, especially steel, to Alabama, where he resided.

During World War I, he went to Washington and, like many other executives, became a "dollar-a-year" man. After that, and until he was almost 80, Erskine Ramsay plunged enthusiastically Into all sorts of educational activities, was president of the Alabama Board of Education for 19 years, and his financial contributions to education in Alabama alone amounted to hundreds of thousands of dollars.