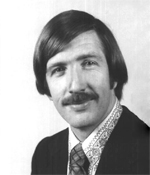 For the paper "Heat Transfer Effects in Deep Well Fracturing"

A. Richard Sinclair is a Senior Research Engineer with the Esso Production Research Company in Houston.

Mr. Sinclair is a graduate of the University of Oklahoma, where he received his Bachelor of Science degree and his Master of Science Degree in mechanical engineering. After graduating in 1964, he joined Humble Production Research for several months before leaving to serve his military active duty at the NASA Ames Research Center, where his work involved the study of heat transfer and heating calculations on blunt reentry bodies such as APOLLO vehicles. After military service, he returned to Esso Production Research as a research engineer, working in fluid mechanics, heat transfer and rheology for oil and gas well stimulation and hydraulic fracturing. He has been involved with the development and testing of many new fracturing fluid systems, which has resulted in several publications and patents. Several of these techniques are now licensed for use by the oil industry. Mr. Sinclair is currently working in fracture mechanics of metals, environmental effects on materials,and in Acoustic Emission Testing Research as a Senior Research Engineer for Esso Production Research.

Mr. Sinclair was awarded the Cedric K. Ferguson Medal in 1971 by the Society of Petroleum Engineers of AIME for his paper entitled "Rheology of Viscous Fracturing Fluids."