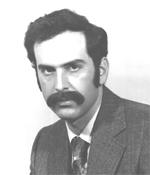 David S. Cahn has been the Director of Environmental Controls for the American Cement Corporation since 1971. In this capacity, he is responsible for coordination of pollution control and abatement programs and representation on environmental committees of technical societies and industrial associations.

Mr. Cahn received his B.S. ( 1962), M.S. ( 1964) and Doctor of Engineering (1966) degrees from the University of California, Berkeley, in Mining Engineering and Mineral Engineering. He was awarded the National Defense to Education Act Fellowship in rock physics and a Ford Foundation grant during his graduate studies.

From 1966 to 1968, he was employed as an Engineer with the Homer Research Laboratories of the Bethlehem Steel Corporation, where he worked on impact crushing and grinding, agglomeration and pelletization, magnetic separation, and related iron ore beneficiation projects. He joined the American Cement Corporation in 1968 and had served as a Research Engineer and Group Leader before being appointed to his present position. He has supervised work on cement-fiber-polymer composites, high density concretes and utilization of solid wastes, such as refuse glass and steel plant furnace dusts, in the manufacture of construction materials.

Mr. Cahn is a member of the American Institute of Chemical Engineers, the American Society for Testing and Materials, the Air Pollution Control Association and the American Concrete Institute. He is a Councilor of the Fine Particle Society and a Fellow of the American Association for the Advancement of Science. Over fifteen of his technical papers have been published and he has one patent.

The Rossiter W. Raymond Memorial Award was established in 1945 to honor one of the Institute's founders who also served as President and Secretary. It consists of a cash award and a certificate recognizing the best paper published by AIME written by a member under 33 years of age.