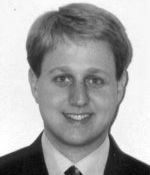 Christopher A Schuh is presently in the Materials Science and Technology Division of Lawrence Livermore National Laboratory. He received a BS degree with highest honors from the University of Illinois at Urbana-Champaign in 1997, and a PhD degree from Northwestern University in 2001, both in the field of materials science and engineering. His research at Northwestern focused on the plastic deformation of metals during a solid-solid phase transformation, as well as densification of powders and two-phase materials during thermal cycling.

He is author or co-author of one US patent and over 25 refereed publications in those areas. In 2001, the American Society for Metals awarded Dr. Schuh the Henry Marion Howe Medal, for authoring the best paper of 2000 in their journal Metallurgical and Materials Transactions.

In his present position as a Lawrence Fellow at Lawrence Livermore National Laboratory, Dr. Schuh investigates the effect of grain-boundary crystallography and topology on material properties, with an emphasis on nanocrystalline metals.