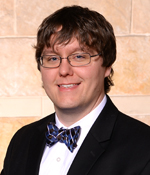 Dr. Aaron Noble is an Assistant Professor of Mining Engineering at West Virginia University, a position he has held since August 2013. Prior to joining the WVU faculty, he received three degrees from Virginia Tech, all in mining engineering: a BS in 2009, MS in 2012, and PhD in 2013. His current teaching and research focus on mineral and coal processing, with a specific interest in mineral byproduct recovery, process economics, and separation circuit design. Dr. Noble’s efforts have resulted in one patent for an energy-efficient process equipment design, and he has developed several software packages that are currently used by various mineral industry leaders. Dr. Noble’s prior professional honors include the SME Stefanko Best Paper Award (2015), and the SME Freeport-McMoRan Career Development Grant (2015).