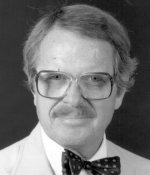 John Price Hirth is now professor emeritus at Washington State University and at Ohio State University. He received his BS and MS degrees in metallurgical engineering from Ohio State University in 1953 and his PhD from the Carnegie Institute of Technology (now Carnegie Mellon University) in 1958. His numerous awards include the Hardy Gold Medal, 1960; Fellow TMS-AIME, 1974; IMD Lecturer and R.F. Mehl Medalist TMS-AIME, 1980; Matthewson Gold Medal, 1982. He was elected to the National Academy of Engineering in 1974, to the Norwegian Academy of Science and Letters in 1992 and to the National Academy of Sciences in 1994. At Ohio State, he received the Distinguished Research Award in 1979, presented the March 1987 Commencement Address, was named a Presidential Professor in 1987, received the Lamme Meritorious Achievement Award in 1993 and an honorary DSc degree in 1995. he is the author or co-author of 442 technical articles, including two books, on nucleation and growth processes, dislocation theory, and physical metallurgy. He was Editor of Scripta Metallurgica (now Scripta Metialia), 1974-1994.