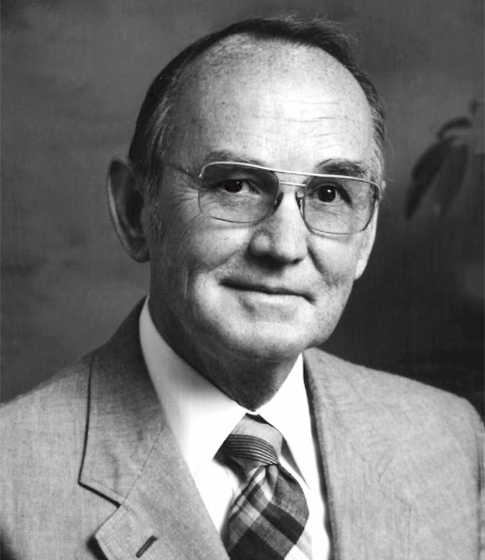 In recognition of his many contributions to the mineral industry in research and development and particularly his imaginative application of metallurgical principles to those ores not yielding to conventional processing.

William A. Griffith is Chairman, Chief Executive Officer and Director of Hecla Mining Company. He earned a B.S. in Metallurgical Engineering, with honors. from the South Dakota School of Mines and Technology and an M.S. in Metallurgy from the Massachusetts lnstitute of Technology. In addition, Mr. Griffith holds honorary degrees from the Montana College of Mineral Science and Technology and the South Dakota School of Mines and Technology. Beginning his career in 1949 with The New Jersey Zinc Company, he held the position of Research Engineer and Mill Superintendent. After a year with Rare Metals Corporation of America, Mr. Griffith joined Phelps Dodge Corporation in 1958 as Director of Research and development Morenci Branch. In 1968 he moved to Hecla, where he served as President and Chief Executive Officer since 1979. Mr. Griffith holds directorships in Granduc Mines, Ltd., Consolidated Silver Corporation, and Kootenai Medcal Center Foundation, Inc.

A Distinguished member of the Society of Mining Engineers, Mr. Griffith is a recipient of the A.M. Gaudin Award and Robert H. Richards Award. He has been actively involved in a number of professional organizations, including service as a Director of the American Mining Congress, Past President of the Idaho Mining Association, and Chairman of The Silver Institute.