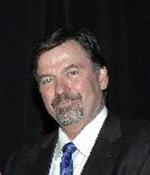 For his operational and leadership role in the large-scale implementation of solvent extraction and electrowinning technology for the recovery of copper from run-of-mine stockpile leaching operations.

Timothy R. Snider, 57, holds a bachelor of science degree in chemistry and geology from Northern Arizona University and attended the advanced management program of the Wharton School of the University of Pennsylvania. Mr. Snider is president and chief operating officer of Freeport-McMoRan Copper and Gold Inc., a Fortune 500 company based in Phoenix, Arizona, and is a director of Compass Minerals International, Inc., based in Overland Park, Kansas. He also serves as a board member of the University of Arizona Science Center and of the Northern Arizona University Foundation. He is a longtime member of the Colorado School of Mines Visiting Committee. Mr. Snider joined Phelps Dodge Corporation in 1970 and became president and chief operating officer of Freeport-McMoRan when that company acquired Phelps Dodge in 2007. His 37-year career includes operating and technical positions in several of the Phelps Dodge’s copper properties, including president of the Morenci, Arizona, copper complex and general manager of the Candelaria mine in Chile during its development stage. Earlier in his career, Mr. Snider was instrumental in the development of large-scale solution extraction/electrowinning technology in Phelps Dodge’s copper operations. He was elected to the position of vice president of Phelps Dodge Corporation in 1997. He became a member of the senior management team in 1998 when he was named senior vice president and president of Phelps Dodge Mining Company in 1998. He became president and chief operating officer of Phelps Dodge Corporation in 2003. Mr. Snider and his wife, Rhonda, have been married 36 years. They are parents of two grown children and grandparents of one.