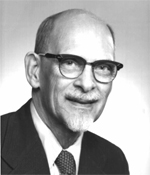 "In recognition of dedicated teaching, of pathfinding contributions leading to commercial flotation of potash, non-metallic, and iron ores, and of elucidating mechanisms of heat hardening in iron ore pellets."

Before obtaining his advanced degrees, Dr. Cooke acquired experience in New Zealand in coal mining and in the mining and milling of gold ores; in Australia in the production of steel; and in Canada in the flotation of lead and zinc ores. In 1967 he became associated with the University of Minnesota Messenia Expedition to examine and analyze metallurgical, lithological, and earth samples excavated from a Bronze Age site in the S-W Peloponnese, an investigation which he continued for three years following his retirement.

Dr. Cooke has written or co-authored about seventy publications, the majority of which are in the field of flotation, with various contributions to the literature in mineralogy, astronomy and in certain aspects of archaeology.