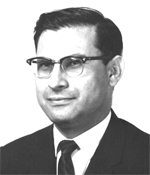 In recognition of his international accomplishments in the field of mineral processing and for his tireless efforts in applying research and development to education and engineering for the benefit of the entire minerals industry.

Bhappu received his early education at the University of Bombay in India. He obtained his bachelor's degree in metallurgical engineering in 1950, an M.S. in 1951 and a D.Sc. in 1953, all from the Colorado School of Mines. Bhappu started his engineering career as the resident metallurgist for Miami Copper. in Arizona. He then spent by 14 years as senior metallurgist at the New Mexico Bureau of Mines as well as research professor and vice president for research at the New Mexico Institute of Mining and Technology. In 1972, he joined the Mountain States Engineers group in Tucson, AZ to start the Mountain States R&D Division. Bhappu has worked on hundreds of mining projects concerned with the extraction of base metals, precious metals, industrial minerals, coal and uranium. Several of these projects have resulted in commercial operations. Bhapp's special expertise is in the preconcentration of minerals using HMS concept, heap and dump leaching, insitu extraction of copper and uranium and projects related to environmental considerations. Bhappu has written more than 100 technical papers and books. He holds several patents and is a consultant to the United Nations and World Bank. He received the Van Diest Gold Medal from the Colorado School of Mines in 1968. Bhappu is a registered professional engineer in the states of Arizona and New Mexico.