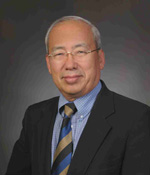 Roe-Hoan (Ro-han) Yoon is a professor of mineral processing at Virginia Tech. He graduated from Seoul National University, Korea, in 1967 with a BS degree in mining engineering. He went to McGill University for graduate studies and received a Ph.D. in metallurgical engineering in 1977. During 1976 and 1979, he worked as Research Scientist at the CANMET in Ottawa, Canada. He jointed the faculty of Mining Engineering at Virginia Tech in 1979 as Associate Professor. He became a full Professor in 1984, and was promoted to Nicholas T. Camicia Professor in 1985. He served as Director of the Center for Coal and Mineral Processing during 1988 and 2001, and is currently serving as Director, Center for Advanced Separation Technologies (CAST) which is a consortium of seven U.S. universities with expertise in mineral processing and coal preparation. Dr. Yoons research interest is in flotation and surface chemistry. He has made contributions to fine particle flotation, column flotation, chemistry of sulfide mineral flotation, fine particle dewatering, and colloid and surface chemistry. For his contributions to flotation research was recognized with 2003 Gaudin Award from SME. He has published more than 280 technical papers, and is credited to 43 patents. To date he has produced 27 Ph.D.s, ten of them are teaching in universities.