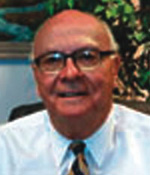 In recognition of his renowned metallurgical research in the area of flotation mechanisms, expertise in metallurgical engineering, creative and innovative technical contribution's in both mineral processing and hydrometallurgy, and tireless support of high quality engineering education.