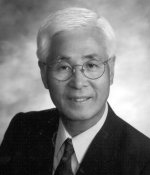 In recognition of his status as a world-class metallurgist that has been exemplified by his consistently strong minerals beneficiation, hydrometallurgical research, scholarly contributions, outstanding teaching, mentorship and overall service to the minerals industry.

Kenneth N. Han is professor and head of metallurgical engineering at the South Dakota School of Mines and Technology. He received his BS and MS degrees from Seoul National University, and MS and PhD degrees from the University of Illinois and the University of California, Berkeley, respectively. He was a lecturer and a senior lecturer in chemical engineering at Monash University in Melbourne, Australia 1971-1980. He joined SDSM&T in 1981. His research interests cover hydrometallurgy, interfacial phenomena, metallurgical kinetics, solution chemistry, fine particle recovery and electrometallurgy. Han is editor-in-chief of Mineral Processing and Extractive Metallurgy Review, on the editorial review board of Minerals and Metallurgical Processing and is past chairman of the Black Hills Section of SME. He is also First Regional Vice Chairman of the Mineral and Metallurgical Processing Division.