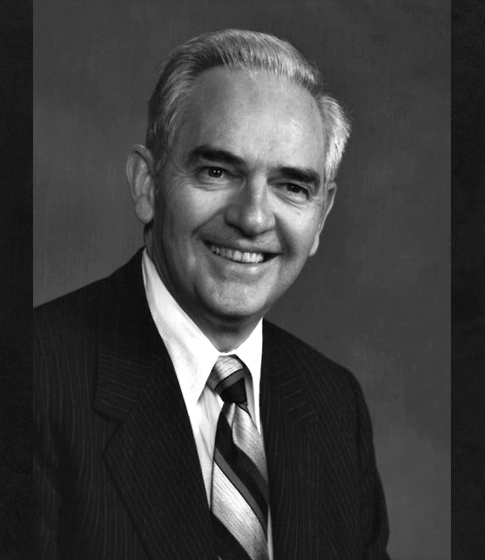 In recognition of years of exemplary and dedicated service to AIME as a Director and President, for his leadership efforts in unifying AIME Member Societies by fostering the traditions of AIME.

Wayne L Dowdey began working in coal mines as a youth in Alabama. He attended Auburn University, Stanford University, Berry College, and the Advanced Management Program of Harvard Business School. He began his career with Republic Steel and joined Eimco in 1945, becoming president of the Processing Machinery Division in 1967. After Eimco became part of Envirotech Corporation in 1969, he served as president of the Enivirotech Process Equipment Group.

He achieved legion of Honor 50 Year Member status in 1995. During his 50 years as an active member of AIME, he has served on numerous committees, including three unit process committees, Honorary Membership, AIME Transition, Long Range Planning, Transformations Project Steering, and the Mudd Fund Committees. He also chaired the SME-AIME Mineral Processing Division. A past director of both SME and AIME, he was the 1966 president of SME and the 1978 president of AIME. He was elected to AIME Honorary Membership in 1983.