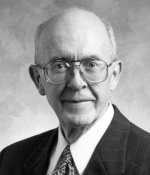 A world-class scholar whose ability to apply cutting-edge technology to achieve practical benefits in industry and education has inspired hundreds of students to successful careers.

W. John Lee is known throughout the world as a leader in petroleum reservoir engineering. Author of two textbooks published by SPE, on Well Testing and Gas Reservoir Engineering, Dr. Lee holds the L.F. Peterson Chair in Petroleum Engineering at Texas A&M University, where he has served on the faculty since 1977. After receiving BChE, MS, and PhD degrees from Georgia Tech, Dr. Lee worked for the reservoir studies division of Exxon Production Research Company from 1962 to 1968. Later he joined and eventually headed Exxon Company, US's major fields study group where he supervised integrted field studies of Exxo's largest domestic reservoirs. In 1975-75, he was chief reservoir engineer for Exxo's Houston District. He joined S.A. Holditch & Associates, Inc. in 1980 and retired as a vice president in 1999. Dr. Lee is a past member of the Board of Directors of SPE, has been a Distinguished Lecturer, has received the Distinguished Faculty Achievement Award, and is a Continuing Education Lecturer. He received the John Franklin Carll Award in 1995, the Distinguished Service Award in 1992, and the Reservoir Engineering Award in 1986. He was named a Distinguished Member in 1987. Dr. Lee was also elected to the National Academy of Engineering in 1993 and to Georgia Tec's first class of its Academy of Distinguished Engineering Alumni in 1994. His next text, Pressure Transient Testing, is pending for publication by SPE.