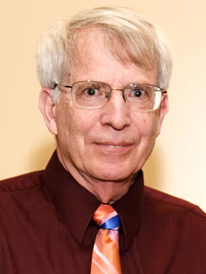 In 1969 Jim Hendrix joined the University of Nevada Reno as an assistant professor in the Department of Chemical and Metallurgical Engineering.  Employment within the Mackay School of Mines led to Professor Hendrix’s involvement in the training of chemical and metallurgical engineering students with many choosing careers within the minerals industries.

Professor Hendrix was at the Mackay School of Mines for 26 years. He went to the University of Nebraska Lincoln in 1995 and remained there until 2014.  He returned to the University of Nevada and retired in 2017.  During his career he served as chair of four departments and dean of three colleges.  During his career, with the help of many undergraduate and graduate students, Prof. Hendrix maintained an active research program in gold hydrometallurgy

Throughout his career Prof. Hendrix has taught freshman and sophomore engineering classes with the goal of maintaining the students’ interests in the minerals industries.