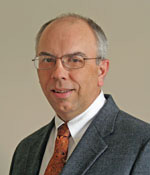 In recognition of gifted teaching and scholarship, caring concern as a mentor, and tireless efforts to inspire students in pursuit of excellence.

Gregory T. Adel is professor and assistant head in the Department of Mining and Minerals Engineering at Virginia Polytechnic Institute and State University. Adel received his B.S. (1978) and M.S. (1979) degrees in metallurgical engineering from the South Dakota School of Mines and Technology. In 1982, he earned his Doctor of Engineering degree from the University of California at Berkeley. Immediately following graduation, Adel joined the Department of Mining and Minerals Engineering at Virginia Tech as an assistant professor. He was promoted to associate professor in 1987 and to professor in 1997. In 2001, he was named assistant department head. In his twenty-five years at Virginia Tech, Adel has been recognized five times by the Mining and Minerals Engineering students with the Outstanding Faculty Award. He is also a two-time recipient of the Certificate of Teaching Excellence as one of the top teachers in the University, and a recipient of the Stephen McCann Award for Excellence in Education from the Pittsburgh Coal Mining Institute of America in 2004. Adel has served as advisor to the Burkhart Mining Society (the SME student chapter at Virginia Tech) for the past 24 years and as advisor to Virginia Techs SME/NSSGA Student Aggregate Design Competition Team since the inception of the competition. He currently advises over 150 undergraduate Mining and Minerals Engineering students, and leads the departments efforts in ABET accreditation, career placement and freshmen recruiting. Adel has served as chair of the Mineral and Metallurgical Processing Division of SME and as a member of the SME Board of Directors. He has also chaired and organized numerous technical sessions and symposia, and has more than 70 publications and five patents.