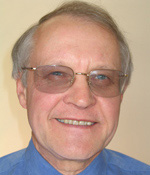 For his efforts in ensuring, for technical and economic assessment of worldwide mineral and metal producing projects, methodologies that observe the rigorous qualities of completeness, accuracy, clarity and transparency expected by the global mining industry and by international financing institutions.

Mr. Imrie graduated in metallurgy at University of Strathclyde, Scotland in 1965. After five years in lead-zinc operations at Imperial Smelting, he transferred to Palabora Mining Company and engaged in R&D, a pilot plant program, plant design and projects then as an operations superintendent. In 1975, he joined BCL in Botswana (co-owned by Anglo American and AMAX) as manager of the nickel-copper smelter operations. He subsequently became manager of metallurgical development and of all new capital projects, which included the development of a new underground mine. Mr. has been with Bechtels Mining and Metals business unit since 1982 and has been involved with numerous international studies and projects. He has been responsible for the methodology of feasibility studies, with roles of special oversight for those intended for internationally funding. Mr. Imrie was elected as a Bechtel Fellow in 2000 and currently is Manager of Technology and Chief Process Engineer for Bechtels Mining and Metals business unit. Quote When engaged in the diligence of mining project studies and economic evaluation, it is the interests of those who will rely upon that work that inspire and influence the diligence applied. It is therefore a great honor to be awarded recognition for these services, especially when it comes through the technical societies and respected peers within AIME, which has been such an enriching part of my professional life.