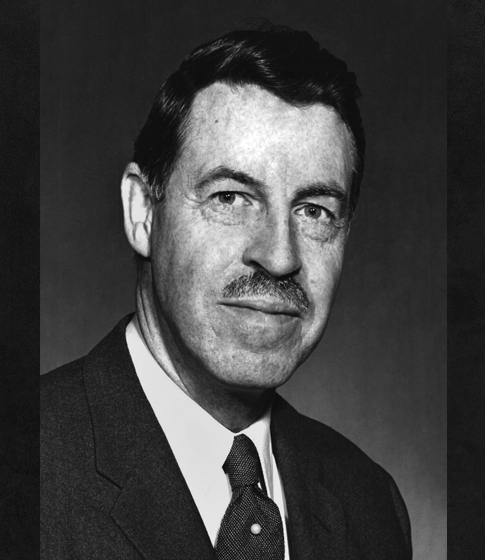 "For contributions to the profession of Mineral Economics through profound studies of the social and economic aspects of mineral economics development, the establishment of a high professional level of mineral economic analysis within the government of Canada, and significant and unique leadership, in several official capacities, of the Council of Economics, AIME."

Mr. Buck is a native of Seaforth, Ontario and received his Bachelor's and Master's degrees in mining engineering and economic geology from McGill University. After conducting extensive postgraduate studies at the University of Ottawa in the field of economics, Mr. Buck joined the Mineral Resources Division of the Department of Mines and Technical Surveys in 1951 as a mineral specialist in iron ore, and became Chief of that Division in 1956. During 1959-1960 he acted as Secretary of the 1960 Royal Commission on Coal, and during 1965-1968 he was engaged on a Special Enquiry into the Cape Breton Coal Problem and into the development of a new policy for the Canadian coal industry. In 1968 he became Director of the Mineral Resources Branch.

Mr. Buck has participated in a number of international conferences in the field of resource development. Mr. Buck is a Past Chairman of the AIME Council of Economics and is a member of the Canadian Institute of Mining and Metallurgy.