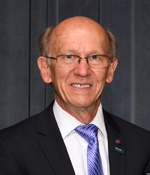 In recognition of his tireless leadership in mineral property valuation, and his service to SME as chair of the Valuation Standards Committee and representative on the IMVAL Committee.

Trevor Ellis began his career in 1970 as an exploration geologist, then mineral economist, subsequently specializing in market valuation of mineral properties. He currently works as valuation expert for litigations. He has a B.S. geology from the University of Melbourne, an M.S. in mineral economics from the Colorado School of Mines, and is a Certified Minerals Appraiser by the International Institute of Minerals Appraisers (IIMA). In 2001, Ellis founded the Extractive Industries Expert Group of the International Valuation Standards Committee. While he was chair, through 2008, the group developed extractive industries valuation standards, first published in the 2005 International Valuation Standards, and wrote influential submissions to major international institutions. IIMA adopted their best practice guidelines. In 2012, Ellis formed the SME’s Valuation Standards Committee, leading the development of the 2016 and 2017 editions of the SME Valuation Standards, and represents SME on the International Mineral Valuation Committee. He chaired SME’s first valuation technical sessions, at the 2000 Annual Conference. Ellis has been the invited U.S. speaker on industry valuation standards at many conferences worldwide, including presenting papers on three occasions at the United Nations in Geneva. Of his 80 professional papers, approximately 50 have been published, 19 as peer reviewed papers.