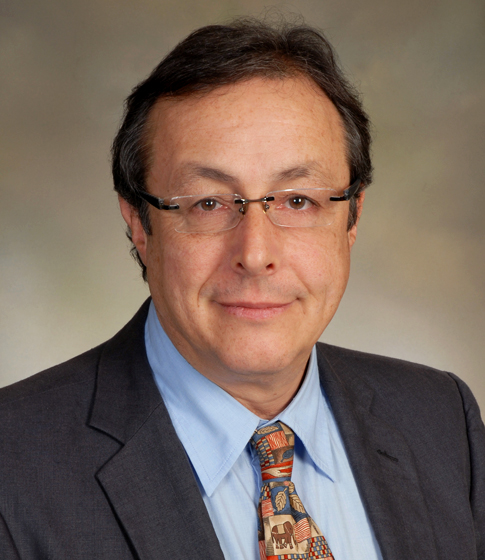 For a world class mining engineer and scientist, who has successfully demonstrated that stochastic mine-planning techniques substantially increase the value of a mineral deposit.

Roussos Dimitrakopoulos is currently Professor and Canada Research Chair (Tier I) in Sustainable Mineral Resource Development and Optimization under Uncertainty, and Director of the COSMO Stochastic Mine Planning Laboratory, McGill University, Montreal, Canada. He holds a PhD from Ecole Polytechnique, Montreal, and an MSc from the University of Alberta, Edmonton. During the last decades, he has been working on uncertainty-based simulation and stochastic optimization in mine planning and design. Roussos has been Senior Geostatistician with Newmont Mining Co., Denver, and Senior Consultant with Geostat Systems Int., Montreal. He has published numerous refereed papers, maintains large competitive grants from the National Science and Engineering Research Council of Canada, and serves on the Editorial Boards of most Mining Engineering journals. He has taught and worked in Australia, North America, South America, Europe, the Middle East, South Africa, and Japan. In recognition of his contributions, Roussos has received several awards, the last one being the Synergy Award of Innovation, awarded in 2012 to him and his industry partners by the Governor-General of Canada for his research contributions to mining science and engineering as well as his long-standing collaboration with Anglo Gold Ashanti, Barrick Gold, BHP Billiton, De Beers, Newmont Mining and Vale.