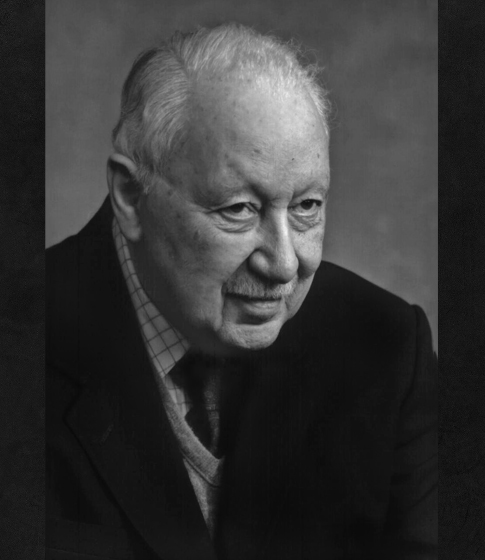 "Educator of mineral economics at Columbia University's School of Mines. Advisor to governments on mineral economic development and the Manhattan Project. Creator of economic methods to process the separation of U235 and to mine oilshale. Writer of Taggart's Sampling. And to all his students, much more!"

Menelaos 0. Hassialis received a B.A. in Physics and Chemistry in 1931 from Columbia College. Continuing his education at Columbia, he earned an M.A. and did doctoral research in quantum mechanics. He joined the School of Mines in the late 1930's. In addition, he served as a consultant to the Chemical Warfare Service and the Manhattan Project during the war. In 1951 he was named Director of the Atomic Energy Project for the Recovery of Uranium. leading to international activities on behalf of the government, first with the USSR in New York and Moscow and then in Pakistan, Sweden, Italy and Egypt. He was a member of the American Delegation to the Geneva Conferences in 1955 and 1958 and served as Head of the UN Special Mission to Turkey.

Mr. Hassialis was Chairman of Columbia's Henry Krumb School of Mines from 1952 to 1967. He was a consultant to Mobil Oil and designed a patented shale-oil mine and a mine and secondary recovery mill for copper. He has served on many U.S. committees and has appeared twice before Senate committees.

His many honors include D.Sc.(Hon.) from Bard; Lion Award from Columbia, Bicentennial awards from Freiborg Bergakadame and the Technical University of West Berlin; a medal from the Explorers Club; the 125th Anniversary Medal from the Columbia School of Engineering and Applied Science; and citations from the State Department and the governments of Pakistan, Sweden and Egypt. He was named Knight of Honor and Merit, O.S.J. of Malta. Mr. Hassialis is a member of SME. the American Chemical Society, the Mining and Metallurgical Society of America and Sigma Xi.