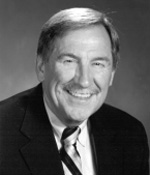 Stanley C. Suboleski is a Commissioner with the Federal Mine Safety and Health Review Commission, a position that he has held since June, after retiring as Executive Vice President and Interim COO of Massey Energy Co. in Richmond, VA. Suboleski holds BS and PhD degrees in mining engineering from Penn State and an MS from Virginia Tech. Previous experience includes positions with Continental Illinois Bank and Trust, Consolidation Coal Co. and North American Coal Corp. He has also been professor and department head at Virginia Tech, and Centennial Professor of Mining Engineering at Penn State. Suboleski has been a consultant in the areas of production engineering, operations research and mine acquisitions. He has served in various capacities in SME and the Coal Division. He is past secretary and chairman of the Central Appalachian Section.