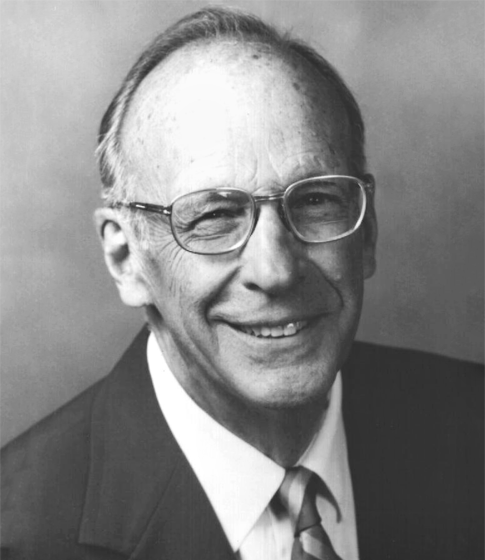 For pioneering work in the gypsum industry of the western United States, innovative leadership in many areas of mineral development, and dedicated service to AIME.

Jack Havard started his career in mining and minerals in 1929 as a miner and workman in Montana's lead, zinc and copper operations. He was introduced to mining exploration in the old Rimini Mining District of Montana. After a year at Rimini and a brief period at ASARCO's East Helena smelter, he entered Montana School of Mines at Butte. For three years at Butte he worked in Anaconda's Timber Butte lead-zinc mill, its St. Lawrence mine, in the college library, and also as a reporter for the Montana Standard.

He transferred to the University of Wisconsin at Madison, from which he graduated with honors, obtaining degrees in geology and mining engineering. He went on to graduate school to obtain an Ph.M. in geology and his professional engineering degree. Later he attended Harvard University's Advanced Management Program.

Starting in 1935, Jack spent 17 years with United States Gypsum Company, advancing through operating, engineering and exploration positions to works manager and finally to chief engineer of mines, headquartered in Chicago.

He moved next to Carlsbad, New Mexico with Potash Company of America, responsible for operations of both the underground mine and surface refinery. An offer from former USG associates took him to San Francisco as vice president - manufacturing for Pabco Products, Inc., continuing in that capacity after a merger with Fibreboard Corporation, where he devoted much time to industrial mineral and forest products development. In various combinations of duties, he was responsible for natural resources (principally gypsum deposits and timberland), central engineering, manufacturing, research, labor relations, and purchasing. He was also in charge of building a number of new facilities, such as gypsum crushing and beneficiation plants, gypsum manufacturing plants, asphalt roofing plants, paperboard mills and various packaging plants.

Now retired, Jack is senior consultant to Raymond Kaiser Engineers and does individual consulting. He continues his long-term commitment to the activities of AIME and SME-AIME, where he has served in many capacities, including SME-AIME president, Henry Krumb lecturer, and chairman of SME-AIME's Industrial Minerals Division. He is one of only two people to have ever received the SME-AIME President's Citation for Significant Individual Contributions to SME-AIME, for his efforts involving construction of the SME-AIME Headquarters building. More recently he has been a member of the AIME After Transition Committee and is chairman of the SME-AIME Long-Range Planning Commission.