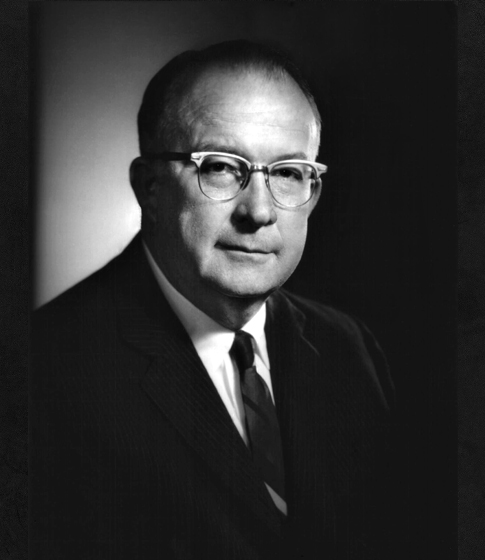 "For consummate engineering skill, wide experience and sustained dedication to research and development in industrial minerals, especially in the fields of sulphur and phosphate."

Charles Franklin Fogarty is president and a director of Texas Gulf Sulphur Company. He began his career in the minerals industry as a geologist.

Dr. Fogarty received his Doctor of Science degree in geology from the Colorado School of Mines. During World War II he served with the Army Corps of Engineers attaining the rank of major. After the war he spent four years in South America as a senior geologist for Socony Vacuum Oil Company.

In 1962 the Colorado School of Mines presented Dr. Fogarty with its highest honor, its Distinguished Achievement Award. Dr. Fogarty is currently president of the Mining and Metallurgical Society of America.