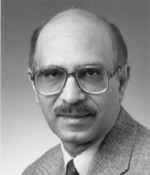 For his outstanding accomplishments in applying the fundamentals of colloid and surface science to practical problems in mineral processing.

Present Position: Professor of Mineral Processing and Geo-Environmental Engineering at Penn State University. He has been a member of the Penn sate faculty since 1983. Prior to that he was a faculty member at the University of California, Berkeley and the Indian Institute of Technology, Kanpur India. Education: Dr. Chander received his baccalaureate degree in Metallurgical Engineering from the Indian Institute of Technology, Kanpur, India in 1968 and maste's and doctorate degrees from the University of California, Berkeley in 1970 and 73, respectively. Research Experience: Dr. Chander has extensive experience as a researcher for more than 25 years. He has expertise in applied surface and colloid chemistry in coal and mineral processing, wetting properties in multi-phase systems, and rheology of dispersions, and has worked on various aspects of preventing the formation of acid mine drainage, and treatment of acid waters. As a principal investigator or as a co-principal investigator he has worked on several projects funded by various national agencies such as the National Science Foundation, the Department of Energy, the U.S. Department of Interior and the National Institute of Health. His research has resulted in approximately 150 papers and publications in scientific journals and books. Teaching Experience: Resident Courses. In the past 30 years of his career as a teacher, Dr. Chander has taught many courses both at undergraduate and graduate level. These include: elements of mineral processing, surface phenomena and separations, interfacial phenomena, colloid phenomena, flotation, pollution control, modern civilization and natural resources. Short Courses. In the arena of continuing and distance education he has organized and taught, several times, a short course on Acid Mine Drainage and Abatement Technology, and participated in offering short course offered through SME to prepare candidates for Professional Engineers Examination. Service to the Profession: Dr. Chander presently serves on the Board of the Society for Mining, Metallurgy and Exploration. He has been very active in several committees that organized annual meetings of the society. During his tenure as a member of the Executive Committee of the MPD Division, Dr. Chander instigated industry sponsored of scholarships and silent auction, the latter has become a regular event at the Annual meetings. These efforts have helped boost the MPD scholarship from about $40,000 to more than $100,000 over a four-year period. Dr. Chander has also given many plenary lectures and invited talks during his academic career. In addition to the talks in the United States, he has presented talks in Australia, Chile, Germany, India, Italy, South Africa, and Sweden. He received the MPD Antoine M. Gaudin Award in 2005.