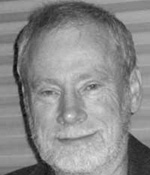 Through his teaching, consulting, and research efforts, he has contributed in the implementation of metallurgical processes resulting in more environmentally benign and responsible metals production.

Larry Twidwell is the Anaconda Distinguished Professor in the department of metallurgical and materials engineering at Montana Tech where he has thirty-five years of experience in teaching and directing research. He and his graduate students and coworkers have conducted research emphasizing extractive metallurgy and the application of extractive metallurgical engineering to the treatment of metallurgical wastes and by-products. Four books, 53 theses, 74 publications, and 72 national and international presentations have resulted from their research efforts.