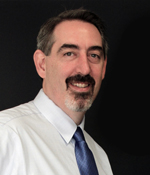 Dr. Jaisen N. Kohmuench (Ja'-son Ko'-mench) was recently promoted to Senior Director of Operations and Strategy for the Asia-Pacific region for the Eriez Manufacturing Company. At the end of 2018, he completed a three-year expat assignment where he had been seconded to Eriez’ Australian affiliate based in Melbourne, Victoria. There he held the position of Managing Director. Jaisen graduated with a doctorate degree in Mining and Minerals Engineering which he earned from Virginia Tech in 2000. Over the years, he has been instrumental in the development, commercialization, and support of both new and existing separation technologies for Eriez, especially in the areas of coarse flotation. Jaisen continues to remain active in various mining societies including the Society of Mining Engineers in his home country, and also the Australian Institute of Mining and Metallurgy (AusIMM) and the Australian Coal Preparation Society (ACPS).