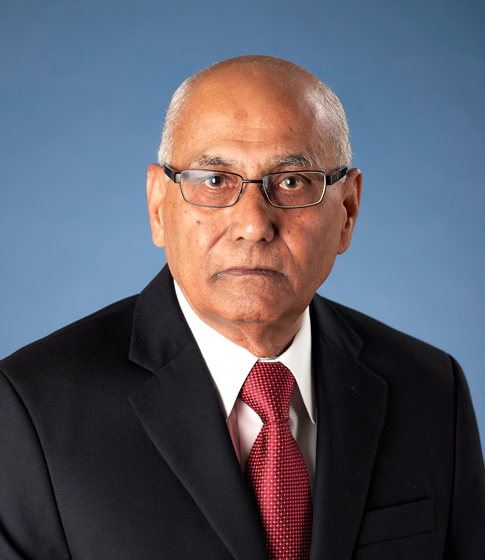 For his inspiration, dedication, and service to the Society of Petroleum Engineers and his technical contributions to the profession, for more than 25 years of active service and leadership to many SPE committees and initiatives, selflessly volunteering countless hours to further the mission of SPE.

Syed A. Ali is a technical advisor at Schlumberger Technology Corporation. He began his career in 1976 as a project geologist at Gulf Research and Development Company in Houston, and went on to hold various positions at Chevron starting in 1981, where he stayed until arriving at Schlumberger in 2007. Ali is recognized by the industry as an expert in formation damage control, sandstone acidizing, and production chemistry. He has authored approximately 150 technical papers. Ali received the SPE Production and Operations Award in 2006, the Distinguished Service Award in 2012, and Distinguished Membership in 2013. He served as a Distinguished Lecturer during 2004–05 and his presentation was titled "Fluid Selection for Deepwater Completions—New Frontiers Bring New Fluid Related Challenges." In 2009 he played an instrumental role, working with James Pappas, in establishing the SPE International Production and Operations Conference. He also helped establish the SPE Deepwater Drilling and Completions Conference in 2010 and was cochair of the 2014 conference. He currently is chair of the JPT Editorial Committee. Ali earned BS and MS degrees in geology from the University of Karachi in Pakistan, an MS in geology from Ohio State University, and a PhD in geology from Rensselaer Polytechnic Institute.