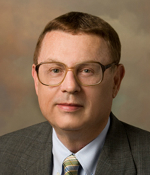 For his career at the leading edge of reservoir simulation, his dedicated service to SPE, and his enthusiasm in communicating technology widely for the benefit of the industry and the community.

Thomas received the SPE Reservoir Description and Dynamics Award in 1993 and was recognized as an SPE Distinguished Member in 1995. During 1995-96, he was an SPE Distinguished Lecturer. He received the Phillips Petroleum Company 1999 Technology Achievement Award and the Phillips Petroleum Company 2000 Shield Award. Thomas also received the AIME Robert Earll McConnell Award in 2002 and the ConocoPhillips Technology Innovation Award in 2007. Thomas earned a BS degree from the University of Oklahoma and MSE and PhD degrees from the University of Michigan, all in chemical engineering.