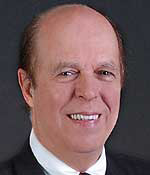 Dr. Keith Millheim, joined Anadarko Petroleum Corporation on December 1, 2000 as Manager of Operations, Technology and Planning, a newly formed group. In this capacity Keith leads a group of technical experts in supporting various operational groups, particularly in the areas of reservoir management, drilling and completions, development concepts, and process technologies.

For most of his 36?year career, Keith has worked in the private sector as an engineer and consultant for some of the larger E&P companies all over the world. During that time, he established a strong reputation in the research and development of cutting?edge operational techniques. Since 1994, he has applied those skills while serving in senior positions at universities in the United States and Austria. Keith most recently served as the director of the Mewbourne School of Petroleum and Geological Engineering at the University of Oklahoma ? a position he has held since 1998.

Keith holds a doctorate in mining engineering from the University of Leoben, Austria, as well as a master's degree in petroleum engineering from the University of Oklahoma. He is a member of the National Academy of Engineers and has authored nearly 50 articles and papers for various trade and technical publications. In addition, he has held leadership positions as a member of numerous professional organizations, most notably the Society of Petroleum Engineers. He and his wife have two children.