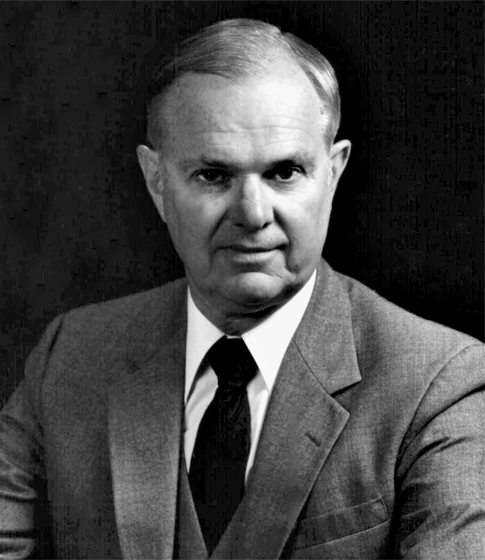 In recognition of more than 30 years of distinguished and outstanding service to SPE; and for a record of excellence to the professions of engineering and geology, the petroleum industry, and the public.
Deceased: 2021

Arlen L. Edgar is recognized for more than 30 years of distinguished service including tenures as 1981 SPE President, 1986 AIME President and 1990 SPE Foundation Chairman. He was chairman of the Foundation's Endowment and Fund Raising Drive that secured the endowment to build the SPE Headquarters building, and the SPE ad hoc Committee that published the "Standards Pertaining to the Estimating of Oil and Gas Reserve Information." He is trustee of the Abell-Hanger Foundation of Midland, 1993 vice chairman of the Midland Chapter of SIPES and is chairman of the SPE Honorary Member Committee. Edgar began his extensive SPE activities as a member of the Editorial Review Committee during the mid-1960s, chairing the committee in 1966. He was Permian Basic Section program chairman and chairman; he has served on many Society-wide committees, chairing the Investments, Reprint Series, Nominating and several ad hoc committees. He received the Distinguished Service Award in 1984 and became an SPE Honorary Member in 1989. An independent oilman for some 20 years, Edgar has long been active in numerous civic and church organizations. He began his career as a junior engineer in west Texas.