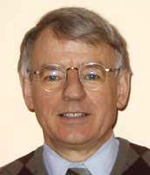 Jean-Michel Rendu is an independent consultant supplying services to the international mining industry in the management, estimation, audit and public reporting of mineral resources and mineral reserves. Dr Rendu retired from Newmont Mining Corporation in 2001 after 17 years with the company. His last position was Vice President, Resources and Mine Planning, with worldwide responsibility for mine planning and estimation and reporting of resources and reserves. Before joining Newmont, Dr Rendu was an Associate with Golder Associates in Denver, Colorado, an Adjunct Professor at the Colorado School of Mines, a professor of mining engineering at the University of Wisconsin, Madison, and head of operations research with Anglovaal in Johannesburg, South Africa. Dr Rendu is a mining engineer from Ecole des Mines de Saint Etienne (France), and has MS and Eng.Sc.D. (Doctor of Engineering Science) degrees from the Krumb School of Mines, Columbia University, New York. He is the author of more than forty publications including a textbook on geostatistics. He is an elected member of the US National Academy of Engineering, a past Director of the Society for Mining, Metallurgy, and Exploration, Inc. (SME), a recipient of the 1994 Daniel C. Jackling Award and the 1992 SME President Citation. He is a Fellow of both the Australasian Institute of Mining and Metallurgy (AusIMM) and the South African Institute of Mining and Metallurgy (SAIMM) and Honorary Professor at the W.H. Bryan Mining Geology Research Center, The University of Queensland, Australia.