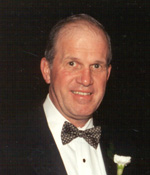 For significant contributions as corporate executive of Amoco Corporation and BP Amoco, and for direction of the company's global Oil and Gas Exploration and Production operating strategy.

A native of Ohio, Mr. Lowrie received a bachelor's degree in chemical engineering from Ohio State University in 1966 and participated in the executive program at the University of Virginia in 1977. Mr. Lowrie is vice chair, The Ohio State University Foundation Board of Directors. He serves as board member of the Northwestern Memorial Corporation, and Junior Achievement, Inc, Mr. Lowrie has been a member of the Society of Petroleum Engineers since 1968 and was accorded the honor of Distinguished Member in 1998.