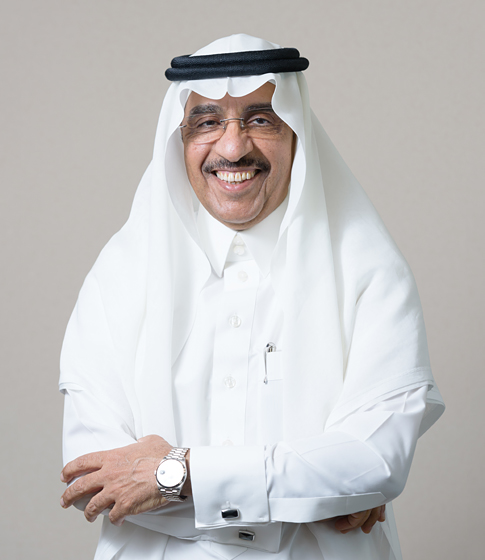 For his positive influence and various leadership roles at Saudi Aramco, culminating with his role as Saudi Aramco Vice President for Oil Operations administering a huge scale of operations responsible for more than 70% of Saudi Arabia’s crude production, safeguarding energy supply reliability for the Kingdom, and for overseeing and increasing sustainability across the Kingdom's mega fields

Since 1987 and during the past 34 years Khaled Al-Buraik has held several management positions in Saudi Aramco and over the past 13 years has held several Vice President positions.  From July 2008 to June 2010, Khaled served as the Vice President of Saudi Aramco Affairs. He was responsible for corporate relations and communications which included promoting an image of excellence and reliability for the Company, maintaining effective relations with the Saudi Arab Government, worldwide public relations and media activities and providing translation services for Saudi Aramco organizations.

From July 2010 until April 2012, he served as Vice President, Northern Area Oil Operations. He was responsible for managing the maintenance and operations of the oil facilities located on the northeastern coastline of the Kingdom of Saudi Arabia, as well as the Shaybah Field in Rub’ Al-Khali. He was in charge of the construction and startup of the first offshore non-associated gas project, Karan, and the design of the new Hasbah and Arabiyah gas project.

From April 2012 to December 2012, Khaled served as Vice President of Drilling & Workover. Khaled was responsible for drilling and working over all Saudi Aramco wells and managing the operations and maintenance of all company owned rigs.  He oversaw Saudi Aramco’s Drilling & Workover engineering and operational activities covering exploratory, development delineation and injection gas/oil/water wells drilled both onshore and offshore.

From January 2013 to August 2016, as Vice President of Petroleum Engineering & Development, Khaled was responsible for the development and management of all of Saudi Aramco’s oil and gas resources – encompassing about one-fourth of the world’s total oil reserves, and a substantial portion of the global oil output, and was is in charge of the Upstream research center (EXPEC ARC).