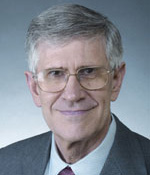 For his excellent management and executive skills and contribution to technology.