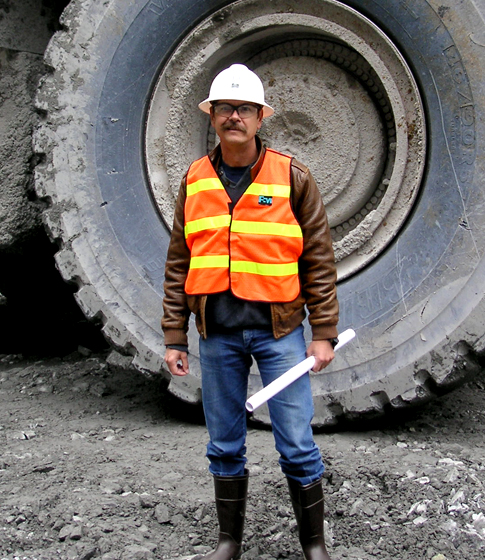 For outstanding contributions to applied research, engineering development and commercial deployment of advanced separation systems for the mineral processing industries.

John Marek “got out” of the Colorado School of Mines in 1974 with a BS in Engineering Physics which prompted a return to graduate school since only Proctor and Gamble would interview a Physics major. Armed with an MS in Mining Engineering, Mr. Marek was offered a position with Pincock, Allen, and Holt of Tucson, Arizona in February of 1976. Eight years at that firm were invaluable working with mentors Rick Call in geomechanics and Kay Pincock in mine planning and design. The corporate philosophy under Rick and Kay was to work hard, be highly ethical, and do it right. Herb Welhener, Mike Hester and John took that philosophy forward into Independent Mining Consultants, in 1983 after the retirement of Mr. Pincock.

Work hard, do sound engineering with the highest integrity is the business plan of IMC. Respect the client and their budget. The best advertising is a happy client. When asked for the corporate goal, the answer has always been “survival”. None of the modern management tools, language, or trends have been allowed to pollute the prime directive: Work hard, Maintain Integrity, Engineer Well, be Cost Effective.

As a result, we are not a multi-national conglomerate, or independently wealthy. We sleep well and are generally offered a beer in almost any mining camp in the world. Some years ago, IMC and Mr. Marek received the highest compliment that can be offered to a consultant in our industry. When a chief engineer was asked if he worked with John Marek and IMC, the answer was “I don’t throw the SOB out when he shows up at the main gate”.

Everything good that has been accomplished by the company over the years is a function of the efforts of the hard working team at IMC that won’t quit. The young engineers who have recently become partners have the highest integrity and work ethic. They have the daunting task of trying to teach new tricks to old dogs while learning the old tricks from the grumpy old guys.

If there is one thing that John Marek has done right in the industry, it is finding partners that are smarter than he is, that work harder than he does.