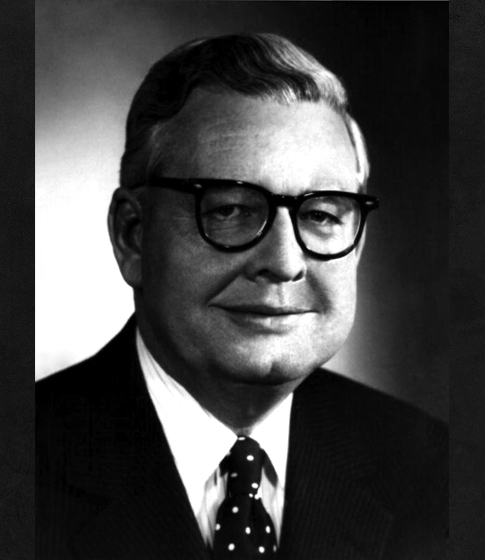 For his imaginative leadership and management skins in directing the outstanding growth of Standard Oil Company (Indiana), and his inspiring leadership in addressing the energy and natural resources issues.

John E. Swearingen was elected Chairman of the Board of Standard Oil Company (Indiana) in 1965. He is Chairman of the Executive Committee, has been a Director of the company since 1952, was named President in 1958, and Chief Executive Officer in 1960.

Mr. Swearingen holds a B.S. degree from the University of South Carolina and an M.S. from Carnegie-Mellon University, both degrees in Chemical Engineering. He has been awarded honorary degrees from a number of colleges and universities. Joining Standard's Research Department as a chemical engineer in 1939, Mr. Swearingen held a number of different positions before moving to the manufacturing department of Amoco Production Company (then Stanolind Oil and Gas Company) in 1947 and was made a director in 1951. In the same year returned to Standard, as general manager of production, was named vice president for production in 1954, and executive vice president in 1956.