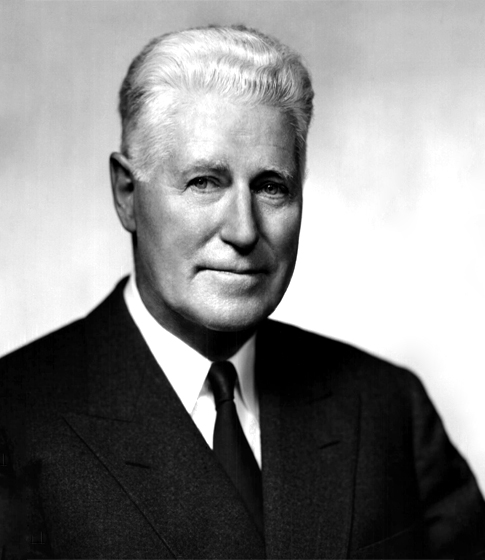 For distinguished achievement and inspired leadership in the administration of all phases of the Mining Industry at home and abroad, in peace and in war, throughout a long and distinguished career.

Henry DeWitt Smith was born in Plantsville, Connecticut in 1888, and received an E.M. from Yale in 1910. He has since been engaged chiefly in operation and administration of copper mines, sometimes straying into the field of lead and zinc, gold and silver, cadmium and germanium. In 1914, he went to Alaska as foreman and superintendent of the Bonanza Mine, becoming assistant manager. In 1917, he went to the United Verde as mine and general superintendent. In 1930, he joined Newmont as engineer and director, and continued that association, except for the war years, until he retired as Vice-President in 1953.

With Newmont, Mr. Smith's chief responsibilities were the O'okiep and Tsumeb properties, both in southern Africa, of which he was managing director from their inception until 1953. O'okiep became the lowest-cost straight copper producer among the underground mines of the world. Tsumeb is one of the lowest·cost lead-copper-zinc producers, as well as one of the richest. Model communities were built and labor troubles have been unknown.

During World War II, Mr. Smith served his country in Washington with Metals Reserve, responsible for procurement of domestic strategic and critical minerals.

Mr. Smith has continued as Director and member of the Executive Committee of Newmont, Phelps Dodge, and St. Joseph Lead.