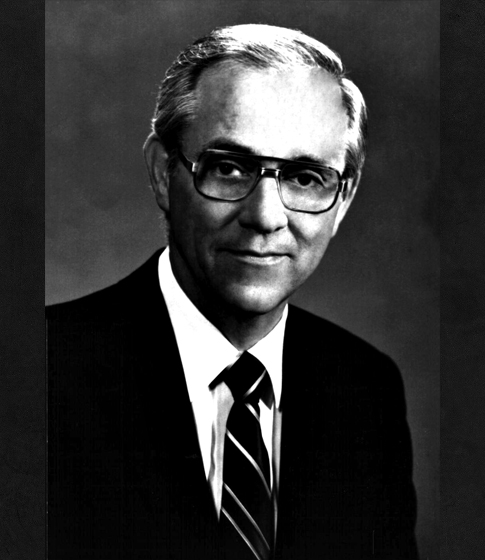 For outstanding leadership at both Sonat Exploration Company and Shell Oil in the development and application of new technologies in oil and gas exploration.

Donald G. Russell was named President of Shell Development Company in 1986. He received a B.S. from Sam Houston State University and an M.S. from the University of Oklahoma, both in Mathematics and Physics. Mr. Russell joined Shell in 1955 as a petroleum engineering trainee. He was assigned as a reservoir engineer in Shell Development Company's E&P Research laboratory. During this assignment several of his papers were published by SPE and he was awarded the Society's Cedric K. Ferguson Medal in 1962.

In mid-1965 Mr. Russell moved to Shell's Marine Exploration Division and, in 1966 became the Coordinator of Petroleum Engineering Personnel in Shell's Head Office in New York. He returned in 1967 to Houston as Chief Petroleum Engineer. Mr. Russell became Production Manager for the Southeastern Region of Shell in New Orleans in 1968 and in 1970 returned to New York as Manager of the Corporate Economics Department. His next job appointments were as General Manager, Information and Computer Services, in 1972 and General Manager. E&P Economics, in 1974. During 1974 he served as President of the SPE.