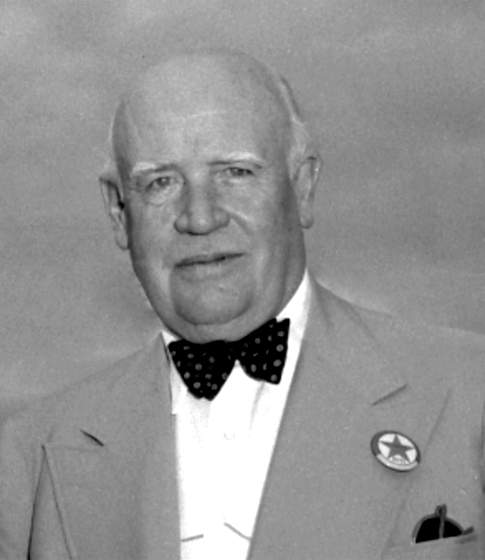 For conspicuous success as administrative head of great enterprises engaged in the production of nonferrous metals at home and abroad; for inspiring leadership of an organization that has trained able engineers for service wherever ores are mined and metals are recovered; for enhancing in high degree the prestige of metal mining in the financial and industrial world.

Cornelius F. Kelley was born February 10, 1875, in Mineral Hill, Nevada. He graduated from Butte High School in 1892 and the University of Michigan in 1898 with a law degree. He began his practice of law in Butte in 1898 and served as assistant county attorney in Silver Bow Colorado from 1899 to 1901; was candidate of Independent Democratic Party for Congress in 1900; entered the legal department of Anaconda Copper Mining Company in 1901. He became general counsel in 1908 for Anaconda, vice president in 1911, president and director in 1918. He also served as director of the New York World’s Fair in 1939.