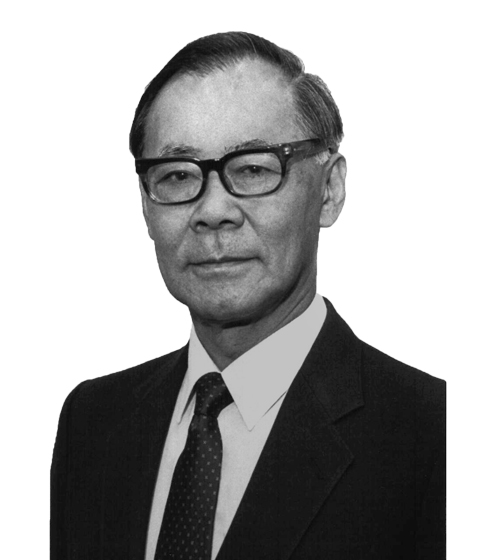 "For their invaluable contributions to the science and engineering of oxygen steelmaking."

Robert G. H. Lee, a 1947 graduate of McGill University with a Bachelor's degree in Metallurgical Engineering, has devoted his entire career to research, development, and technology with Canadian Liquid Air Ltd. in Montreal. After retiring in 1990 as Director of Research and Technology, he became an independent technical advisor to Societe Air Liquide. He has also served in an advisory capacity to the University of British Columbia, Center for Metallurgical Processing, the University of Utah Center of Excellence for Advanced Pyrometallurgy, and the American Iron and Steel Institute. He holds approximately 200 patents in many fields, including pyrometallurgy, hydrometallurgy, environment, energy, pulp and paper, chemical, and food, and has been published in numerous metallurgical, pulp and paper, medical and agriculture journals.

Guy Savard was graduated in 1937 from the Royal Military College in Kingston, and in 1938, as a welding engineer, from the Ecole Superieure de Soudure Autogene in Paris. He joined Canadian Liquid Air Ltd. in 1939 where he worked as a welding engineer for two years prior to military service. Following a period of training, Mr. Savard was appointed Director, South East Asia, for the Far East Oxygen & Acetylene Co. Returning to Canada in 1949, Mr. Savard played an active role in oxygen steelmaking in open-hearth and electric furnaces. He became Quebec Regional Manager for Canadian Liquid Air Ltd. in 1958 and was named Director of Research in 1964. He retired from that position in 1983. He served as a scientific consultant for Revenue Canada from 1986-1988.

A life member of the Engineering Institute of Canada, Mr. Savard is also a member of the
Canadian Institute of Mining, Metallurgy, and Petroleum. He was a member of the National Research Council from 1971-76 and the Natural Sciences and Engineering Research Council in 1978-80. Mr. Savard received the French Claude Delorme Award in 1970 and the Noranda Airey Award in 1974. He was co-recipient with Robert G. H. Lee of the 1991 CIM Falconbridge Innovation Award and the 1991 Manning Award for Canadian Innovation.