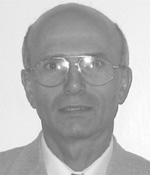 For innovative research in thermodynamics, kinetics and mechanisms of metallurgical processes, and devotion to training of new metallurgists.

Oleg Ostrovski received his early metallurgical education at Serov Metallurgical College. He then attended Moscow Steel and Alloys Institute, where he earned his Ph.D. Upon graduation, Ostrovski led a research group investigating the physicochemical properties of molten metals and slags. He received the Soviet Union Council of Ministers Prize for his achievements in ferrous metallurgy. From 1985 to 1988, while Ostrovski served as head of the metallurgical laboratory, he worked on a monograph entitled Properties of Metallic Melts (published in 1988), the manual PhysicoChemical Calculations in EAF Steelmaking (published in 1989), and translated Chemical Thermodynamics of Materials by Lupis (published in Russian in 1988).

He became a professor at Moscow Steel and Alloys Institute in 1991. In 1992 Ostrovski held two visiting academic positions: one with Professor N. Sano at the University of Tokyo in Japan, and another with D.F. Johnston at La Trobe University (Bendigo Campus) in Australia. In 1993 he became senior lecturer at the School of Materials Science and Engineering, University of New South Wales, and was subsequently promoted to associate professor and then professor. Since Jan 1, 2004, he has been the head of this school. His current research focuses on reduction processes, including the reduction of iron, manganese, chromium, and tungsten oxides by methane-containing gas.